February 14, 2020
Qigong has an effect on the electrical activity of the brain and there is well documented evidence around this. Specifically 5-hydroxytryptophan (5-HTP) increases (2 to 3 times in regular practitioners) in the Central Nervous System. Simply put this chemical intervention increases Serotonin. The implications are greater immunity, less need for food intake and better sleep.

5-HTP is imbalanced in Bi-polar and Schizophrenic patients. It is also implicated in Parkinson's disease where the production of dopamine is imbalanced - Qigong is increasingly becoming the exercise of choice for such patients. 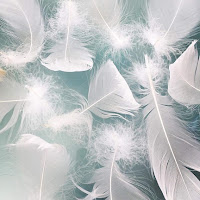 Popular posts from this blog

May 03, 2019
https://youtu.be/CSiHjnj7cQM I was honoured to sit with two very different activist during the Conference for Climate Change and Consciousness at the Findhorn Foundation in Scotland. My early morning workshops, presented as a self soothing practice to better cope with change of all sorts were well received.
1 comment
Read more

Qigong: Space for Life. A Workshop exploring the use of Qigong for problem solving!

June 21, 2019
https://youtu.be/B42uYt2-vXM A video with a short form to solve an issue. https://www.eventbrite.co.uk/e/qigong-space-for-life-tickets-63146703490 A Workshop exploring the problem solving potentials of Qigong.
Post a Comment
Read more